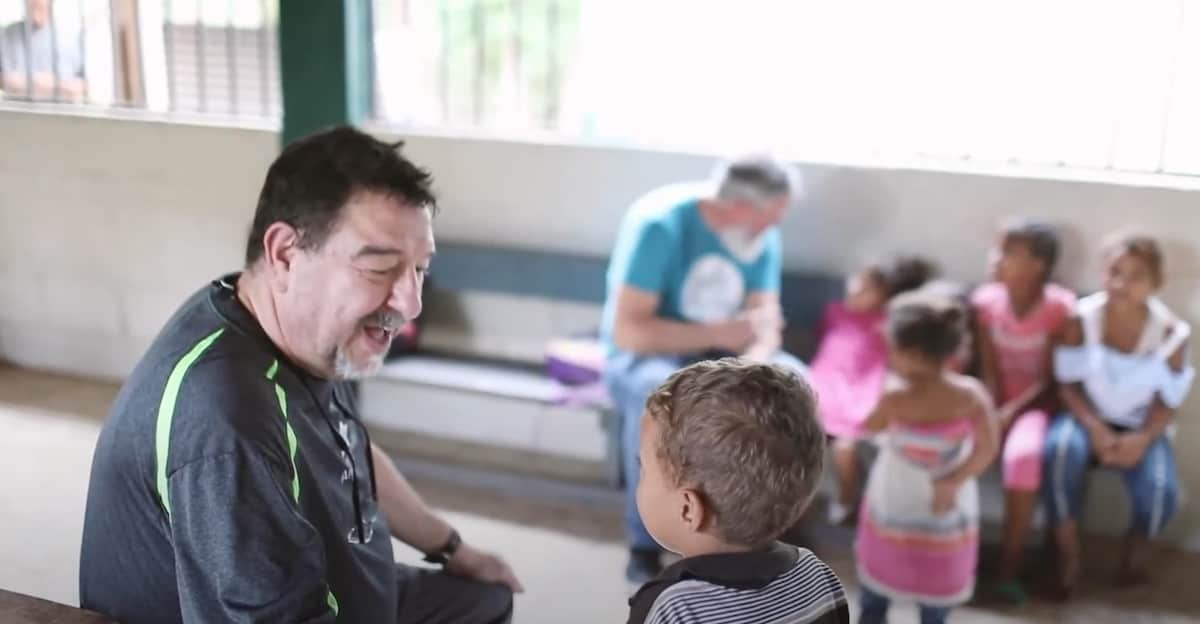 Fourteen years ago, Dario Delarco saw a need in his hometown of Olanchito, Honduras. In the community where he grew up there were children at risk due to poverty and lack of education. As a pastor he saw an opportunity to meet physical and spiritual needs through a church and child development center. He owned a little property in the community and decided to use it to house two simple buildings.

The ministry began and has operated with almost no outside help for 14 years. When we visited the small facility the Lord immediately placed on our heart the need to assist in the completion of Dario’s vision. This location has the potential to make a huge impact in the surrounding community with just a little funding. Children need to learn job skills. The community and the center needed a water well. The center needed a paid teacher and helpers, and a cook.

As we visited with Dario, we discovered that just a little support would provide enough help to make this ministry a consistent reality. The organization mainly operated with volunteers who were only able to help occasionally, and the building had no running water, so they needed water for the cooking and drinking is being transported in pots from a neighborhood school.

The Point Of Hope-Honduras now has a teacher and cook on staff, and a water well to provide clean water for drinking and cooking to the kids at the center. We have 20 kids currently in the program, but in this neighborhood alone a lot more can be done. If you would like to become a Voice Partner for these kids, click here.

Honduras is a country in Central America. Honduras borders the Caribbean Sea and the North Pacific Ocean. Guatemala lies to the west, Nicaragua south east and El Salvador to the south west. Honduras is the second largest Central American republic, with a total area of 43,590 sq. mi).

The climate of the interior highlands where the village of Olanchito is located has a pleasant climate, with an average high temperature ranging from 86 °F in April, the warmest month, to 77 °F in January, the coolest. Above 6,562 ft, temperatures can fall to near freezing at night, and frost sometimes occurs.

Although most Hondurans are nominally Roman Catholic (which would be considered the main religion), membership in the Roman Catholic Church is declining while membership in Protestant churches is increasing. The International Religious Freedom Report, 2008, notes that a CID Gallup poll reported that 51.4% of the population identified themselves as Catholic, 36.2% as evangelical Protestant, 1.3% claiming to be from other religions, including Muslims, Buddhists, Jews, Rastafarians, etc. and 11.1% do not belong to any religion or unresponsive. 8% reported as being either atheistic or agnostic. Customary Catholic church tallies and membership estimates 81% Catholic where the priest (in more than 185 parishes) is required to fill out a pastoral account of the parish each year.

Honduras is governed within a framework of a presidential representative democratic republic. The President of Honduras is both head of state and head of government. Executive power is exercised by the Honduran government. Legislative power is vested in the National Congress of Honduras. The judiciary is independent of both the executive branch and the legislature.

The National Congress of Honduras (Congreso Nacional) has 128 members (diputados), elected for a four-year term by proportional representation. Congressional seats are assigned the parties’ candidates on a departmental basis in proportion to the number of votes each party receives.