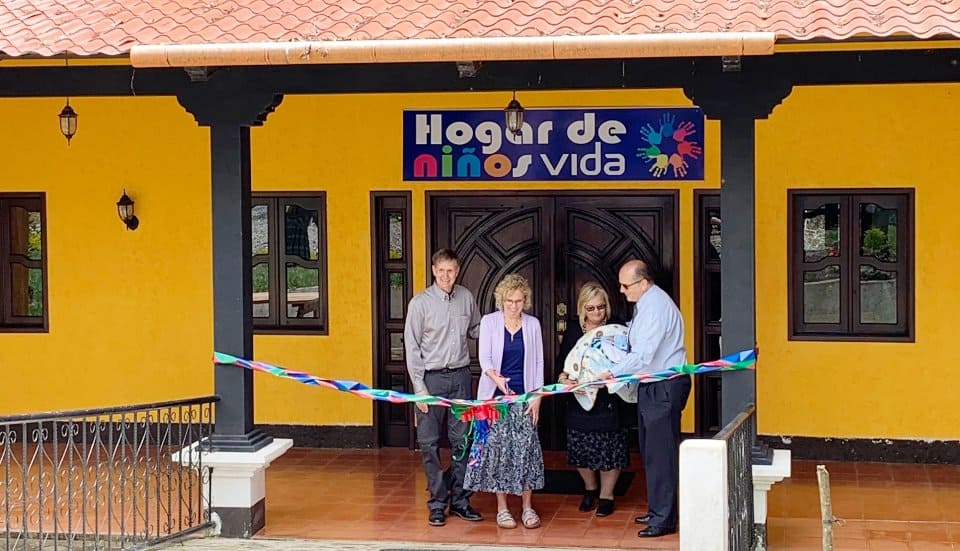 There are a staggering number of orphaned and abandoned children in Guatemala. Since the Vida Children’s Home received official approval last summer, God has been sending us precious, sweet little ones. Each one has a heart-breaking and unbelievable story. Each one has experienced trauma at such a young age.

The stories that brought them here are all different. They include the ugliness of mental illness, rape, poverty and abandonment. But each child is beautiful, and each is so loved! Some only need our sanctuary for a short time; others will grow up as part of the Vida Children’s Home family.

As part of the ministry of Impact Ministries in the highlands of northern Guatemala, the Vida Children’s Home has become a place of refuge, where love and hope is offered. Will you take up the cause of the orphaned and abandoned children of Guatemala?

We’re looking for Orphan Care Champions to partner with us in the care of the children who have come to call the Vida Children’s Home their home. Whatever amount you are able to commit, you’ll be showing God’s love to the fatherless and changing the future for abandoned children in Guatemala.

To support the ongoing work being done at the Vida Children’s Home in Tactic, Guatemala, all you have to do is click the Become a Voice Partner image at the bottom of this page.

Guatemala (aka The Land of Eternal Spring) is mountainous with small patches of desert and sand dunes, all hilly valleys, except for the south coast and the vast northern lowlands of Petén department. Two mountain chains enter Guatemala from west to east, dividing Guatemala into three major regions: the highlands, where the mountains are located; the Pacific coast, south of the mountains and the Petén region, north of the mountains.

Guatemala’s location between the Caribbean Sea and Pacific Ocean makes it a target for hurricanes such as Hurricane Mitch in 1998 and Hurricane Stan in October 2005, which killed more than 1,500 people.

Guatemala’s highlands lie along the Caribbean and North American tectonic plates. This fault has been responsible for several major earthquakes in historic times, including a 7.5 magnitude tremor on 4 February 1976 which killed more than 25,000 people.

Christianity continues to remain strong and vital for the life of Guatemalan society, but its composition has changed over generations of social and political unrest. Roman Catholicism, introduced by the Spanish during the colonial era, remains the largest denomination or church, accounting for 48.4% of the population as of 2007. Protestants, most of them Evangelical (most Protestants are called Evangelicos  in Latin America) in a wide number of different denominations, made up 33.7% of the population at that time, followed by 1.6% in other religions (such as Judaism, Islam, and Buddhism), and 16.1% claiming no religious affiliation. A more recent 2012 survey reveals Catholics at 47.6%, Protestants at 38.2%, other religions at 2.6%, and the non-religious at 11.6%.

Guatemala is a constitutional democratic republic whereby the President of Guatemala is both head of state and head of government, and of a multi-party system. Executive power is exercised by the government. Legislative power is vested in both the government and the Congress of the Republic. The judiciary is independent of the executive and the legislature.